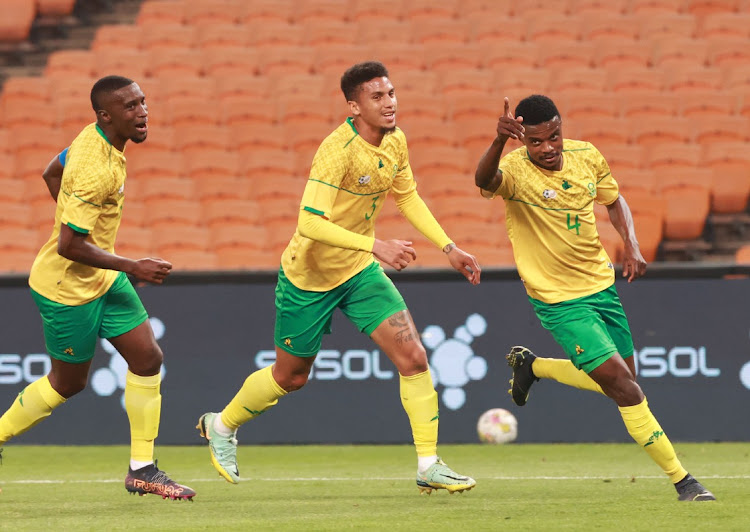 The South African national team played 2 games in September’s international break, and for the first time in quite a while were able to finish the window with a 100% win record. Bafana Bafana played against the Sierra Leone and Botswana national sides, winning against the former by a heavy margin of 4-0 and against the latter by just 1-0. The games were played on the 24th and the 27th of September respectively, the team hasn’t qualified for the 2022 World Cup.

The South African fanbase can be left amused with Bafana Bafana’s impressive displays to register consecutive wins in the international break, and with head coach Hugo Broos making various changes to test and show the quality of his squad. The squad has been under heavy criticism in recent years, moving from manager to manager in a bid to better their quality and bring trophies to the nation. It hasn’t gone their way for the longest of times and the most recent failure, fresh in the public’s minds is the failure to qualify for the World Cup in Qatar. The biggest they have faced this year was when they faced France on March 29, where they suffered a heavy loss of 5-0, many fans claimed the were not frustrated by that resulted because they understood the quality of the team and that was much to fix.

Hugo Broos has voiced his frustrations at the lack of quality of the South African professional league, having said, “some players are maybe not good”, as well as saying “the PSL is something but international football is different, quicker, aggressive”. He has also said he’s been trying to meet with the PSL coaches for over year but with no success. The Belgian has faced mass criticism for his squad selections with previously being the subject of the supporters’ anger with his then consistent omission of Themba Zwane. However he did select the Mamelodi Sundowns star and they were able to win by 4-0 against Sierra Leone, with Zwane bagging a brace. Hugo Broos has been consistent with his selection of youngsters for the national but some of South African followers have been left baffled by his consistent omission of Polish-based Thabo Cele.

Following his side’s 4-0 win over Sierra Leone, the head coach admitted he was left joyed and amused by the team’s performance and their conversion rate in front of goal. He also said that although the same intensity in their 1-0 win over Botswana wasn’t maintained, he’s still “okay” with the performances.

Although Broos has been underfire by players and heavy PSL fans alike, some supporters have said they agree with Broos’ comments and that “he is 100% correct”. Following Bafana’s consecutive victories the fanbase was left divided with those that are not fond of Broos’ comments continuing their questions over his selections, and those that are in his corner seeing a glimmer of hope for the future of the South African national team. One fact still remains though, that they recorded convincing performances and also recorded victories in this international window.