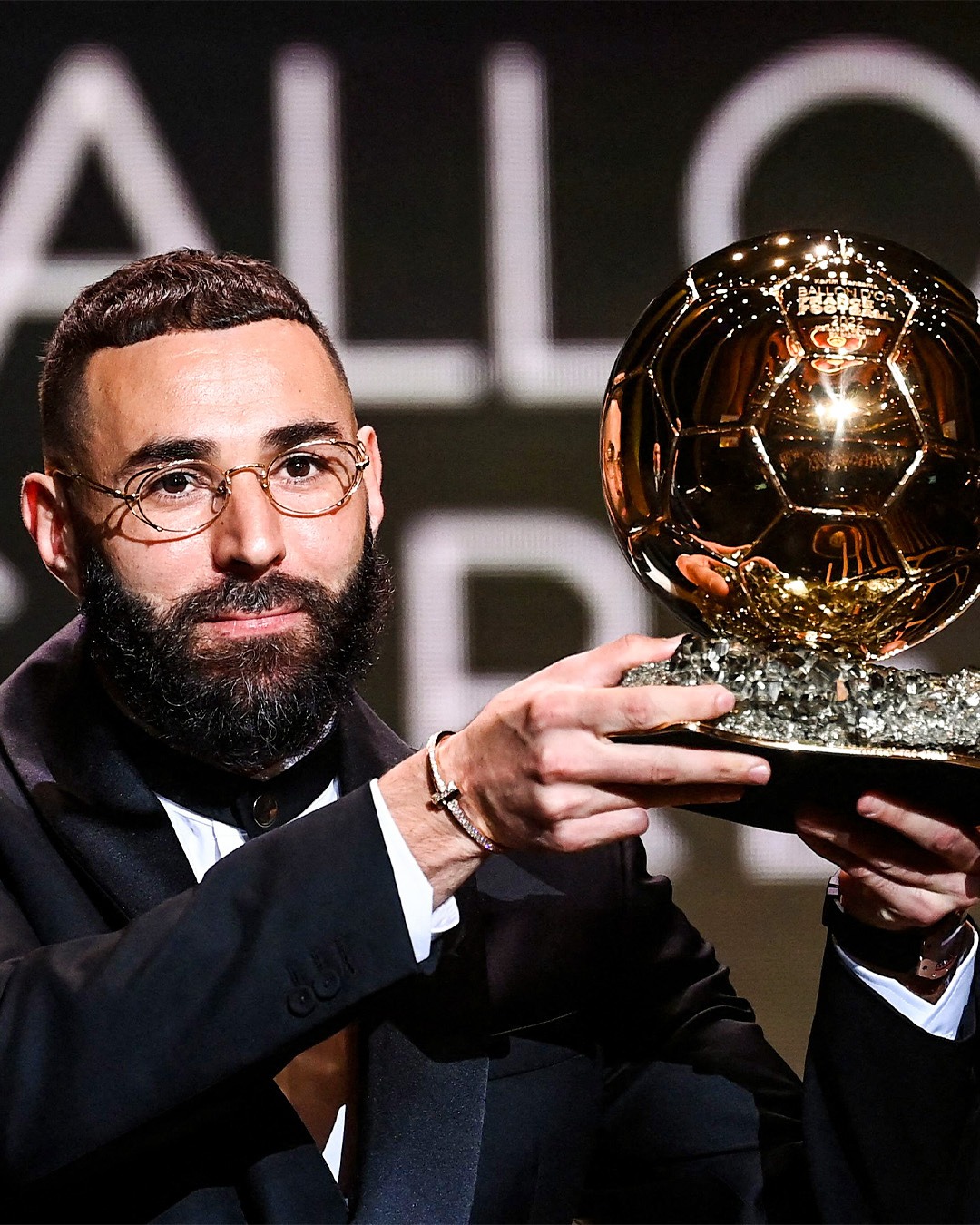 What a tremendous year it has been for the Frenchman, Karim Benzema, winning La Liga, the Spanish Super Cup and the UEFA Champions League with Real Madrid. The Lyon-born forward played a very integral part in the success of his club in the 2021/22 season, and for his efforts was a heavy favourite to win the Ballon d’Or award, deservedly so. Benzema scored 44 goals and provided 15 assists in all competitions for Real Madrid last season, whilst helping the team in crucial games in the Champions League including back-to-back hattricks (vs PSG and Chelsea respectively). The French forward finished ahead of Sadio Mane and Kevin de Bruyne, who rounded off the top 3, to win the award for the first time in his career.

Many stars attended the prestigious French Football ceremony and before the awards show got underway, a list of the top 30 footballers was officially announced with the top set to be announced as the show commenced. Cristiano Ronaldo was the most noticeable placement outside the top 10, ranking 20th, the lowest ever finish (since he broke onto the ranks) in his elite career, while his long-time rival Lionel Messi did not do enough to earn a nomination. This was the first time in 16 years that neither Ronaldo nor Messi ranked in the top 10 of the Ballon d’Or. Tottenham’s Heung-Min Son being the highest ranked player outside the top 10, with a rank of 11th.

Gavi won the Kopa Trophy ahead of Camavinga and Jamal Muisala, this follows after his Barcelona teammate Pedri won the trophy in the previous year keeping the reputation of La Masia afloat. Rounding up the top 10 of the Kopa Trophy was young Bayer Leverkusen attacker Florian Wirtz coming in at 10th.

Thibaut Courtois was granted with a first place finish on the podium for the Yachine trophy, presented to the best goalkeeper in world football, beating Liverpool’s Allison and Manchester City’s Ederson to the award. While Robert Lewandowski was presented with the Gerd Muller award, to recognise his incredible goal scoring form as he notched up 50 goals last season in all competitions for Bayern Munich. Sadio Mane also received a sentimental award when he was presented with the inaugural Socrates Award which recognises good sportsmanship on and off the pitch.

Manchester City were named as the Club of the Year for their incredible Premier League title win last season when they beat Liverpool by just a single point. Liverpool came 2nd in the rankings while European Champions and La Liga Champions Real Madrid were ranked 3rd.

It was a glamorous event indeed and Karim Benzema earned his Ballon d’Or win and other numerous stars’ talents were recognised, and it might motivate more of some of these talents to strive to better their ranks.