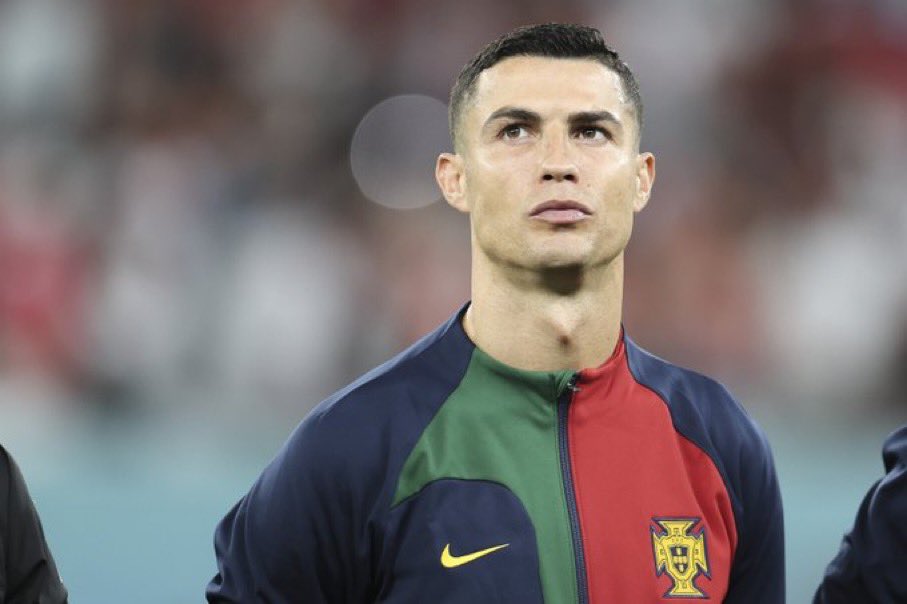 Cristiano just can’t seem to keep his name out of the headlines, since his explosive interview with Piers Morgan on Piers Morgan Uncensored, he has been in the media’s radar.

Multiple reports claimed that Ronaldo behaved unprofessionally after he was dropped from the starting line-up for Portugal’s game against, and was getting special treatment from the head coach Fernando Santos. Even threatening to leave the National Team due to his starting line-up spot being given to Goncalo Ramos, who scored a hattrick in his first start for the team.

However, the Portuguese FA has made a statement dismissing those claims made by the media, stating that “the FPF clarifies that at no time did the captain of the National Team, Cristiano Ronaldo, threaten to leave the national team during the internship in Qatar.”

Last week, the Portuguese captain was said to have accepted a +/- $200million deal with Saudi Arabian club Al Nassr, but he came out and refuted those claims too saying nothing was agreed with any club and that he is fully focused on the World Cup. Ronaldo has been the victim of many reported false rumours surrounding his future.