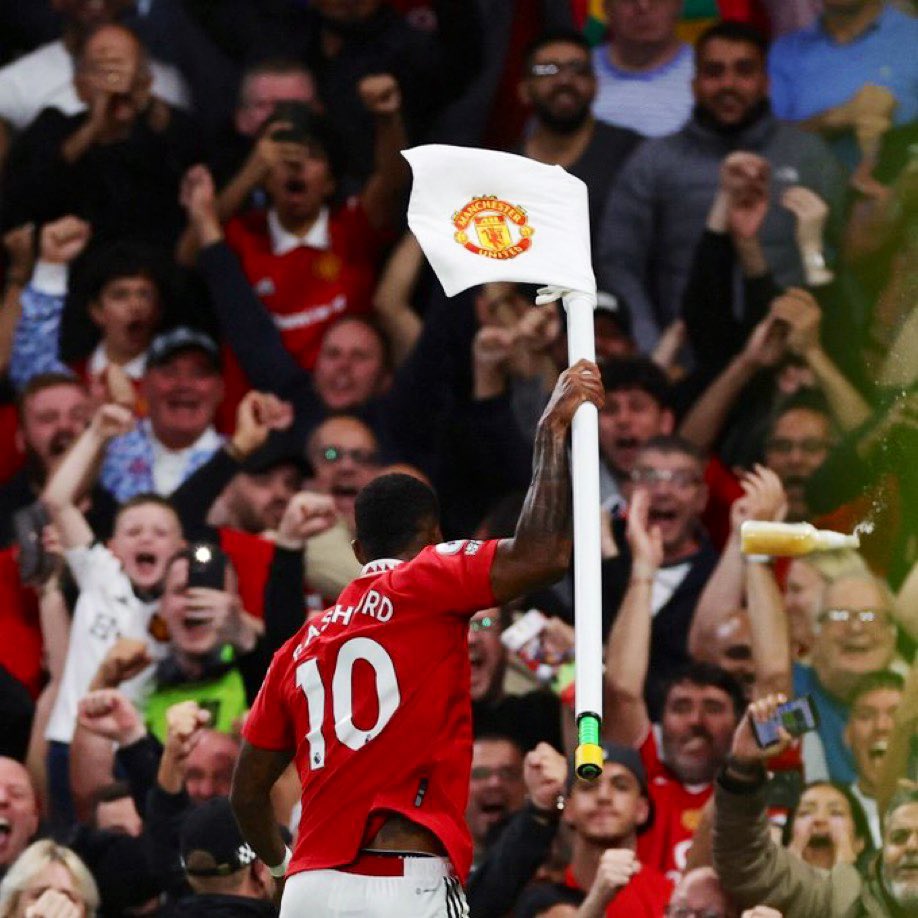 Thousands of fans in attendance at the home of Manchester United witnessed as their team showed finesse when they emerged victors of a close contest against very old rivals Liverpool. Manchester were posted up as the underdogs according to the odds pre-match on mbet.co.za, which later might have cost people a lot of money for those who placed their bets in favour of the then favourites, Liverpool.

From the first whistle The Red Devils made their intentions clear when they brought the fight to the Merseyside reds, almost opening the account through Anthony Elanga when he hit the frame of the goal. Manchester United would continue to keep that same tempo, pressing Liverpool’s midfield three everytime they were on the ball until they cracked under pressure. The team assembled by Erik Ten Hag acted like a well-oiled engine, showing no signs of slowing the tempo, and it was like it had been since they’d been playing together.

This team performance was awarded well when United took a well deserved lead in the 15th minute, through Jadon Sancho who showed world class composure inside the box before taking his finish well:

Liverpool seemed to catch a wake up from this goal, but Manchester United were not backing down either and so it was a feisty meeting, a back-and-forth contest. The sides went into half-time with Man United still ahead on a 1 goal deficit and Liverpool came very close to equalising before the break through a Bruno Fernandes own goal, but Martinez was there to clear the ball off the line (referee checked his watch for goal-line technology but with no feedback so there was no goal).

When the second period began, the same momentum was kept by both teams as they continued from where they left, but with Liverpool with a slightly higher hill to climb. They were able to pile the pressure on Manchester United for the visible period, United only able to replicate glimpses of their first-half performance. Nonetheless their fortress at centre half of Varane and Martinez (captain Harry Maguire benched) was able to keep the Liverpool attack at bay, and Tyrell Malacia doing very well at left-back closely guarding the very dangerous Mo Salah.

Against the run of play United were able to steal another goal through a counter attack when substitute Anthony Martial put a splitting through ball for Marcus Rashford who made no mistake with the finish. The United faithful were overjoyed and why wouldn’t they when they were 2-0 up against a side many people thought would demolish them.

Liverpool had a very limited arsenal forward line and a number of their first team players injury or suspended, Roberto Firmino fresh off of an injury partnered up forward with Salah and Luis Diaz. The midfield maestro Thiago was absent and his absence was sorely missed as they couldn’t get going, and when Klopp had decided it was enough he brought on Fabinho from the bench into the holding midfield position. Even then they were only able to salvage one goal back in the game through Mo Salah in the 82nd minute when De Gea pushed Carvalho’s attempt onto Salah.

The game would go in that fashion with it ultimately ending against Liverpool’s favour with the score ending 2-1, and Manchester United were able to leapfrog Liverpool on the table onto 14th with 3 points (1 win & 2 losses), leaving Liverpool in 16th with 2 points (2 draws & 1 loss). A very rare occurence but we can be certain that these teams won’t be down for too long with United now finding feet, and Liverpool yet to mark their return to form.