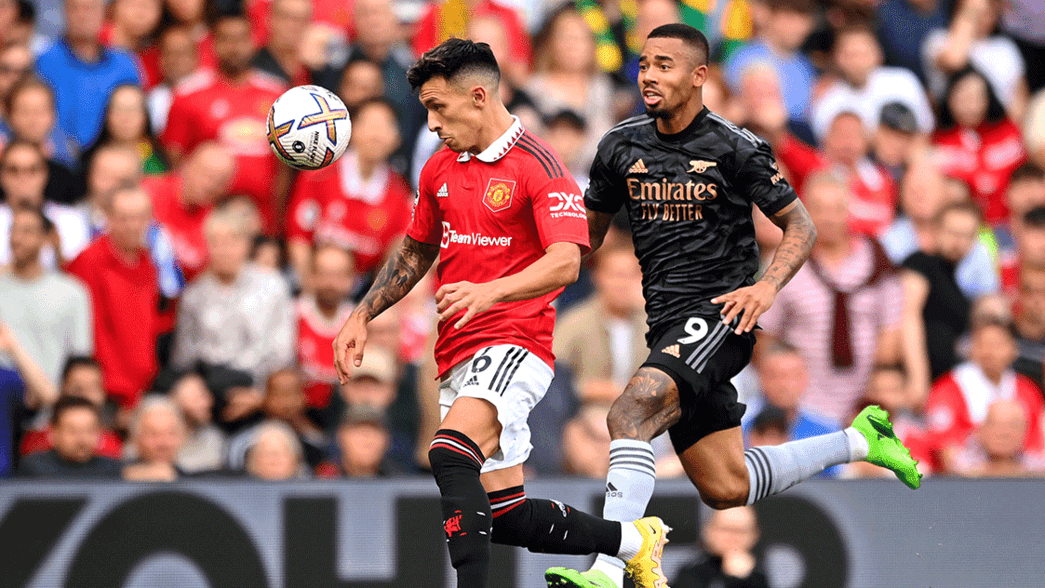 Sunday featured the big game of the weekend that took place in Old Trafford, which was Manchester United going against Arsenal. The table topping Gunners were facing their most rigorous task to date, taking on a Manchester United side that was on a run of three straight wins.

The game kicked off in the afternoon at the home of The Red Devils, and just after 11 minutes Arsenal thought they had taken the lead when Gabriel Martinelli put the ball into the back of the net from a Bukayo Saka slide rule pass. VAR was called upon to review footage of a possible foul in the build-up to the goal, Odegaard possibly being guilty of fouling United midfielder Christian Eriksen when he dispossessed him near the centre of the field. Referee Paul Tierney was advised to go over to the screen to review the footage of the incident and after carefully reviewing the incident ruled that the goal should not stand as Eriksen was indeed fouled by Odegaard in the middle of the park, and so instead it was a United free-kick.

Manchester United then went on to take the lead in the 34th minute when a beautiful build-up, orchestrated by midfielders Eriksen and Fernandes, led to 100-million Euros signing Antony calmly slotting the ball past Aaron Ramsdale putting his team ahead with a debut goal. Manchester United would do well to maintain their 1-0 lead into the break despite Arsenal’s constant pressure, whose 100% record in the Premier League was at jeopardy.

The 2nd interval kicked off with Arsenal in the front foot and were rewarded well with their persistent pressure, getting an equalizer through Bukayo Saka. Levelling the matters in the 60th minute to give the North London club hope of sustaining their 100% winning start to the season, a hope that was short-lived when Marcus Rashford (66th minute) broke through the Arsenal defense from an excellent Bruno Fernandes through ball to score United’s second of the day.

A swift counter attack by Manchester United in the 75th minute led to Marcus Rashford getting his second of the game and extending United’s lead to 3-1. Eriksen and Bruno Fernandes were once again in the midst of it all when the Dane timed his run well to latch onto Fernandes’ defense splitting pass and unselfishly squaring it for Rashford to slot into an empty net.

It was that goal that sealed the roads for the log leaders, and they were on the harsh end of an undeserved defeat relative to their performance. Arsenal are still first on the Premier League table with 15 points despite their loss, and Manchester have climbed all the way up to 5th boasting a total of 12 points collected from 6 games. This will surely be an interesting season for both of these clubs and we can only watch where it goes now from here on.