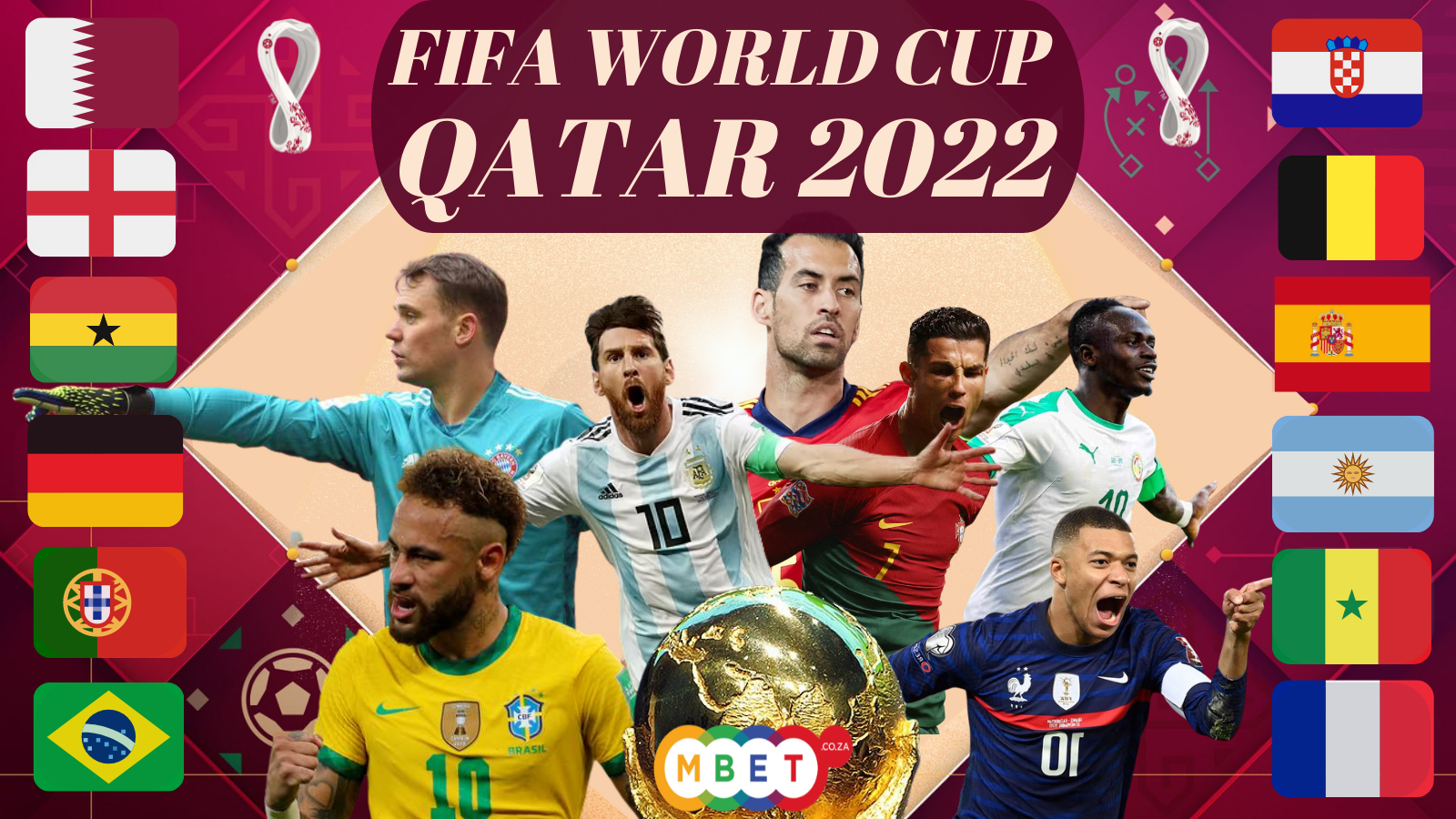 Only one week remains before we kick off the 2022 FIFA World Cup in Qatar where the best players and the best national teams in the world get to fight for the title of being crowned World Champions. The best players in the world will be showcasing their skills on the biggest and grandest stage of football, while some will be watching from home being forced out by either injury or their national team not making to the World Cup.

Lionel Messi has once won the Player of the Tournament of the World Cup back in 2014 when it was hosted by Brazil, after finishing 2nd in the World Cup 2014 being beaten by Germany in the final. He finally won his first major international title with Argentina back in 2021 when he lifted the Copa America beating Brazil 1-0 in the final, the Argentine has been in good spirits, moving from his boyhood Barcelona to French giants Paris Saint-Germain after his contract expired at the Spanish capital. La Pulga’s first season with PSG was underwhelming relative to his own standards, finishing with just 6 league goals in the French Ligue 1, even not enough to earn him a place on the Balon d’Or top 30 shortlist. This season (his 2nd season) though the Argentina legend seems more comfortable with the French champions this season and has already netted 7 goals and gotten 10 assists in 12 league appearances this season, his form couldn’t have awakened at a better time leading up to the World Cup he has said it to be his last, hoping to help his nation lift the the trophy for the first time since 1966. Messi didn’t play in PSG’s most recent league match as a precaution after getting an injury scare just 2 weeks prior of the World Cup. The football nation will surely love to be tuned to watch Leo Messi play his final World Cup tournament and his large fanbase will be rooting for him to claim the gold that he was so close yet so far from in 2014.

Cristiano Ronaldo has reached his legacy years, still competing at the high level leagues at the age of 38. The top international goal scorer has really struggled to maintain his outstandingly elite goal scoring form this season and it seems like his numbers have massively declined, unable to cement his place in his Manchester United club under new manager Erik Ten Hag. The Portugal captain has only managed to score a measly 3 goals and 2 assists in 12 appearances for the Red Devils this season, and so now it remains to be seen how he will perform with his national team, whether he might be able to lead them to the latter stages of the tournament. Ronaldo is on the verge of another record-setting, if he is able to score in the World Cup in Qatar he will become the first player in history to score in 5 World Cup competitions. Although the former Real Madrid forward hasn’t publicly announced that this would be his last World Cup, it has been concluded by fans that the Portuguese legend will be participating in his last World Cup campaign. Portugal kick off their World Cup campaign with a match against Ghana on 24th November.

Like Lionel Messi, PSG star Neymar has publicly hinted that this might be his last World Cup participation and he has been in stellar form for PSG this season. The Brazilian has put on excellent performances consistently this season which has caused some fans to bring up the form he was in in the 2019/20 season under Thomas Tuchel, when they lost the Champions League in the final to Bayern Munich (2-0). Neymar has managed a total of 27 goal contributions (15G & 12A) in 19 appearances for his club this season, and with these stats going to the World Cup, an in form Neymar poses a real for opposing countries and give Brazil an edge combined with the Brazilian attackers called up alongside Neymar (Vinicius Jr., Gabriel Jesus etc). Neymar’s last World Cup participation in 2018 was overshadowed by his simulation antics and thus made fans annoyed at his unprofessional behaviour making him an out of favour character at the 2018 World Cup before Brazil was knocked out by Belgium in the quarter finals. It will be interesting to see how the former FC Barcelona right winger performs at this tournament and whether he will be able to keep his form going this season.

This French duo will sure be the target of many defenders as they’ll be looking to cause terror to defences . Karim Benzema has recently won the 2022 Balon d’Or for his heroics for Real Madrid both in the Spanish La Liga and the Champions League, while this season he has struggled to replicate that form the Real Madrid number 9 is still a deadly figure in front of goal. Benzema was recently re-instated into the France national team after being restricted from it for approximately 6 years, returning to selection ahead of the EUROs 2020. Kylian Mbappe has been in dominating goal scoring form this season for PSG, netting 18 times in 19 appearances for the club an assisting his teammates 5 times. With Mbappe most likely to play in his preferred position at Left Winger where he is capable of causing havoc that won him the Young Player of the Tournament award at the 2018 FIFA World Cup. The duo is expected to cause trouble for many defences and have them on strings picking their brains on who to guard and keep away from goal. Their combined attack is a major part of why they are considered as tournament favourites.

Senegalese and Bayern Munich forward Sadio Mane is also a threat and many experts actually back him to take his team the furthest among the African teams, to the latter stages of the tournament. With Poland having secured qualification, fans will be eager to see whether Robert Lewandowski will be able to keep netting in goals as much as he has in La Liga this season. While Vinicius Jr. is also a young star that has quickly captured the headlines with his consistent and potent attacking threat, alongside Neymar, Vinicius is surely a player many defenders should be wary of in that Brazil attack.

There also many young footballers who would be expected to be the cemented breakout stars at the World Cup. Looking at the likes of Barcelona’s young midfielders in Gavi and Pedri representing the Spanish international team, while Germany will have the on-form Jamal Musiala boosting their midfield. Another young talent playing in the Bundesliga but representing England is the Borussia Dortmund young playmaker Jude Bellingham, while Brazil have 2 of Madrid’s young gunners being Vinicius Jr. and Rodrygo Goes. A noticeable omission of the tournament will he the firing Manchester City striker, Erling Haaland after his Norwegian national team failed to qualify for the 2022 FIFA World Cup, it would have been interesting to see what the lethal number 9 would’ve brought to the tournament and how he would perform relevant to his media rival Kylian Mbappe.

The tournament is packed with stars to look out for and it is sure to be an entertaining football tournament for passionate football viewers. The 2022 FIFA World Cup kicks off on 20 November running until 18 December 2022.