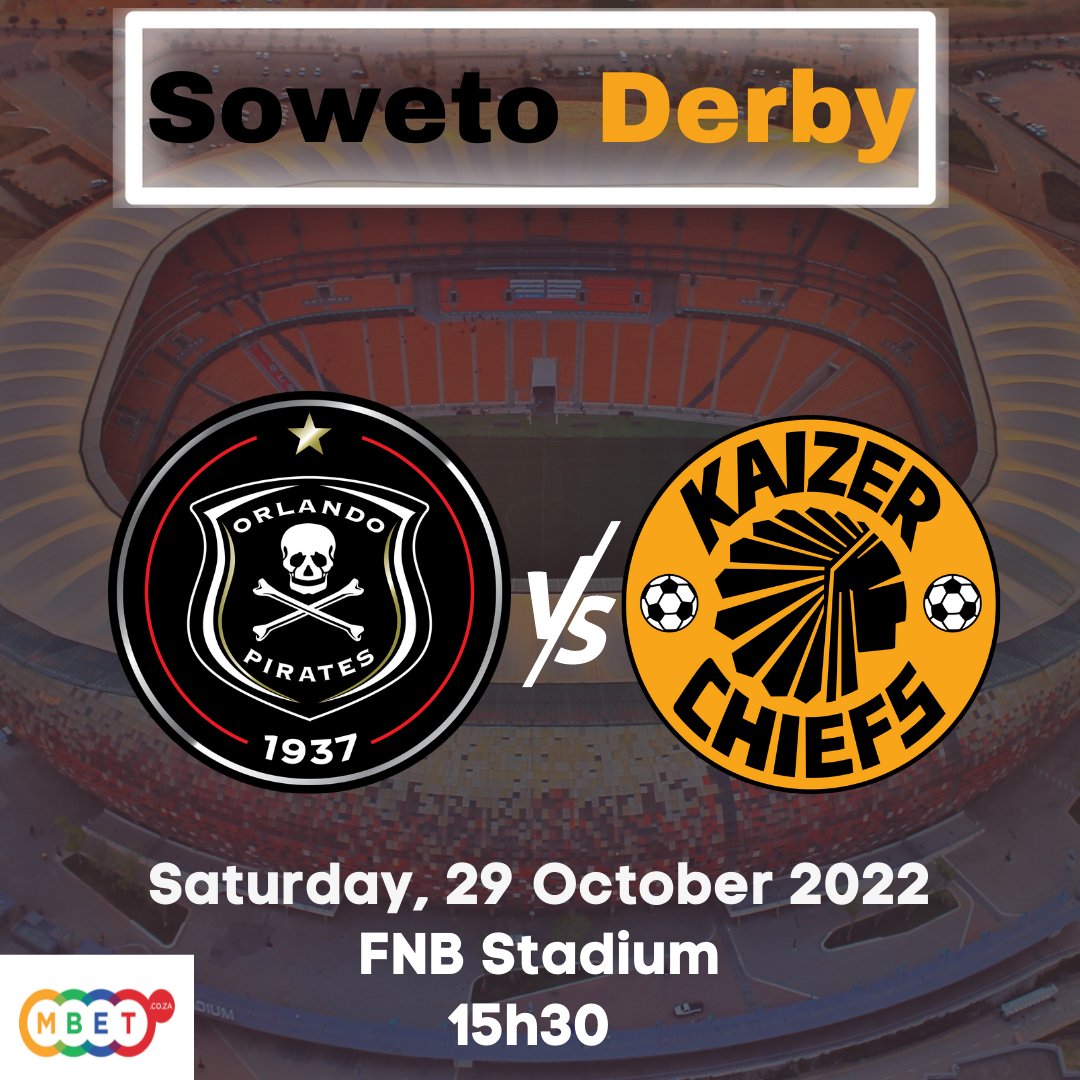 The biggest South African football fixture takes place this coming Saturday and it is between Orlando Pirates and Kaizer Chiefs, 2 teams that have no love lost between them. Both sets of fans will be looking and supporting their team heavily for bragging rights, especially following the way the results of the MTN8 semi-finals completely differed for these 2 sides. Blood boils down at the FNB Stadium on 29th October with these teams playing for their sense of pride, and a chance to turn around their premiership fortunes.

Orlando Pirates are sitting 4th on the DSTV Premiership with 19 points from 12 games, managing 5 wins, 4 draws and 3 losses. The Sowetan side will be heading into this clash after a resounding 3-0 win against Mamelodi Sundowns in the MTN8 semi-final with a brilliant display from Monnapule Saleng. The Buccaneers’ confidence will be soaring heading into this weekend’s derby game after such an emphatic win against the team that was the heavy favourites to win the tournament. That might be the motivation they need to turn around their league form, after only 2 wins in their last 5 games, their most recent win coming against Golden Arrows (2-0), with 2 goals from rising sensation Saleng..

Kaizer Chiefs on the contrary lost their MTN8 semi-final clash against AmaZulu (2nd leg 0-0) with the aggregate score being 1-1, but crashing out on the away goal rule. They are currently 5th on the DSTV Premiership with 18 points, only a single place and a single point behind their rivals Orlando Pirates. Kaizer Chiefs have won 3 of their last five league games but only earning a single point from their last 2. The Naturena side are hoping that attacking midfielder Keagan Dolly rediscovers his better form having been on fluctuating form this season so far, given last season they were able to defeat Pirates 2-0 courtesy of a brace from the former Sundowns winger. It was Dolly who was able to rescue a point for Abafana Abampofu in their last league match against TS Galaxy with an excellent freekick late in the game to make it 2-2 for the team.

On Saturday, at the FNB Stadium, the bragging rights are at stake between these two clubs and a win is essential for any one of them. Especially with the other South African giants Sundowns leading the pack once again, these 2 sides will not want to stray further behind the DSTV Premiership champions. It remains to be seen who will come out on top in this clash of these 2 clubs. Orlando Pirates come into this one as favourites as per the fans and are expected to emerge the victors Arthur Zwane’s still-building team.