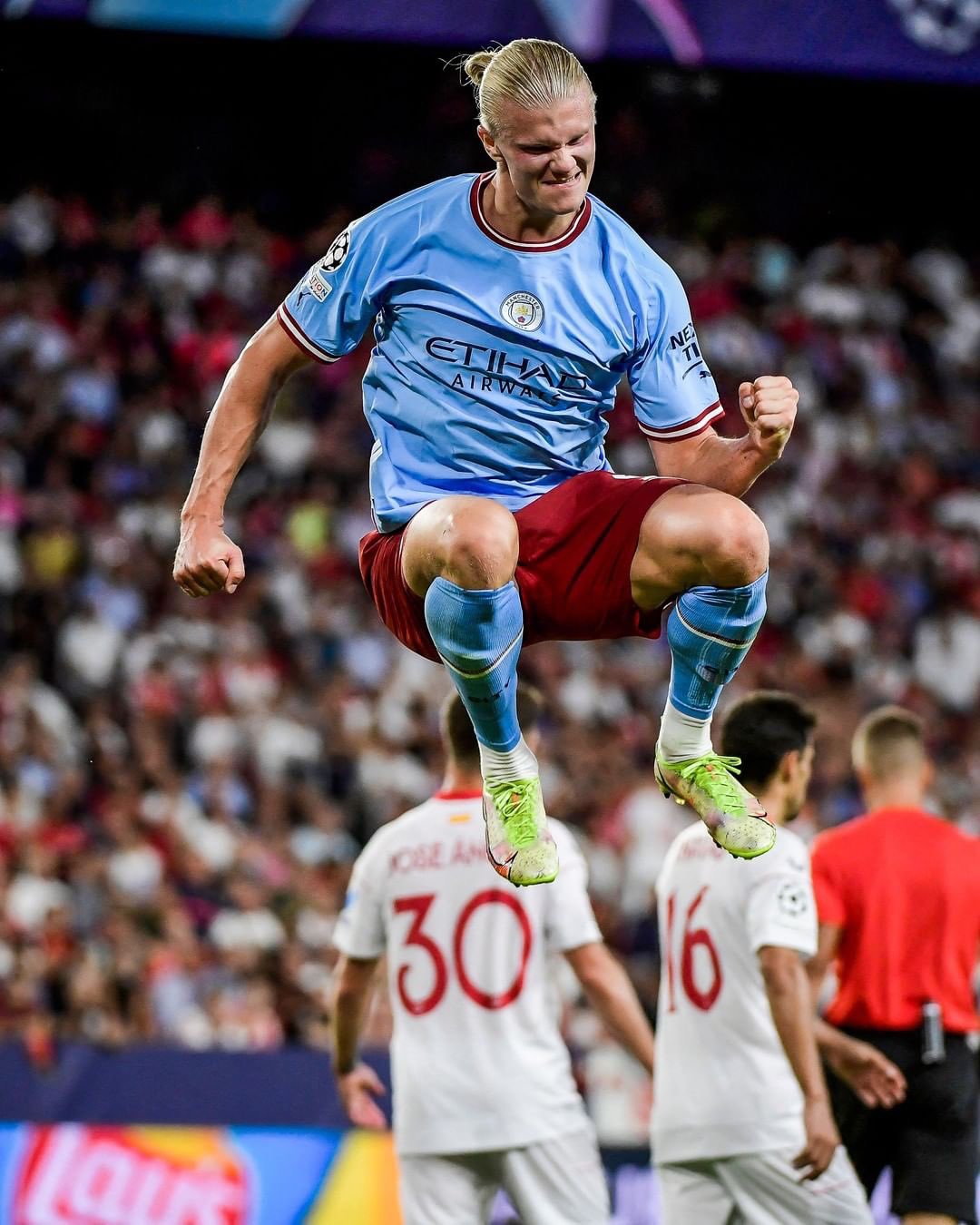 Wednesday’s feature game in the Champions League sees Manchester City take on Borussia Dortmund at the Etihad Stadium. What makes this game even more of a must watch is the eagerness to see new City striker Erling Haaland go up against his former club and how he’ll perform against them. Elsewhere, Paris Saint-German will be going up against Maccabi Haifa.

Erling Haaland spent 2 and a half seasons at Borussia Dortmund before joining Manchester prior to the start of the 2022/23 season. In just 89 appearances for Dortmund, Haaland registered 86 goals while also assisting his teammates on a count 23 times. It was at Dortmund where Haaland established himself as a very lethal marksman, receiving plaudits from top pundits and attracting top clubs from all around Europe, before joining Manchester City. Now with just 8 games into the season the Norwegian forward will have to face his former teammates in the prestigious UEFA Champions League.

The 22-year old has been able to replicate his unstoppable Dortmund form this season so far for Manchester City, netting a total of 12 goals in only 8 appearances so far this season. Dortmund must work very hard to stop their once precious gem from blinding them, but they can fancy their chance as they have just come out of a 3-0 win against Copenhagen in the first Group match of the season. However in contrast, their most recent game (a Bundesliga game) they fell to a 3-0 defeat against RB Leipzig. Although the quality of the opponents is different by a country mile, Dortmund possess quality of their own in long-time serving captain Marco Reus, very promising midfielder Jude Bellingham and forward Julian Brandt.

Even with their quality, Jude Bellingham has openly admitted to not being “sure” how to stop the danger that Manchester City possess up ahead.

It is also imperative to note that Manchester City are undefeated this season, while Borussia have lost twice in the Bundesliga in 6 games. Haaland has helped his team maintain their unbeaten start this with his goal tally and has earned himself the label of Manchester City’s Player of the Month for the month of August. Manchester City are still chasing their first-ever UEFA Champions League crown after falling short in recent times, losing to Chelsea in the 2021 Champions League final. Many Cityzen followers have grown much more confident in their team and feel Haaland is the difference maker and they are sure to lift the trophy with the Norwegian’s goal prowess. A tough battle for Erling awaits and I can back his team to come out on top if he’s able to replicate his form throughout the season.

Elsewhere, Kylian Mbappe will be taking the field vs Maccabi Haifa in a game where he’ll be looking to add onto his 35 Champions League goals he’s been able to notch so far in his career. With assistance from Neymar Jr. and Argentina superstar Lionel Messi, a stroll to victory can be expected from the Parisian club. While back in England at Stamford Bridge, Graham Potter will be taking charge of his first game as head coach for Chelsea as they look to bounce back from a humiliating 1-0 defeat to inferior Salzburg in their first Champions League game of the season. All eyes will be on Potter and how he will fare in management of his first major club, and a Chelsea bounce back can be expected.