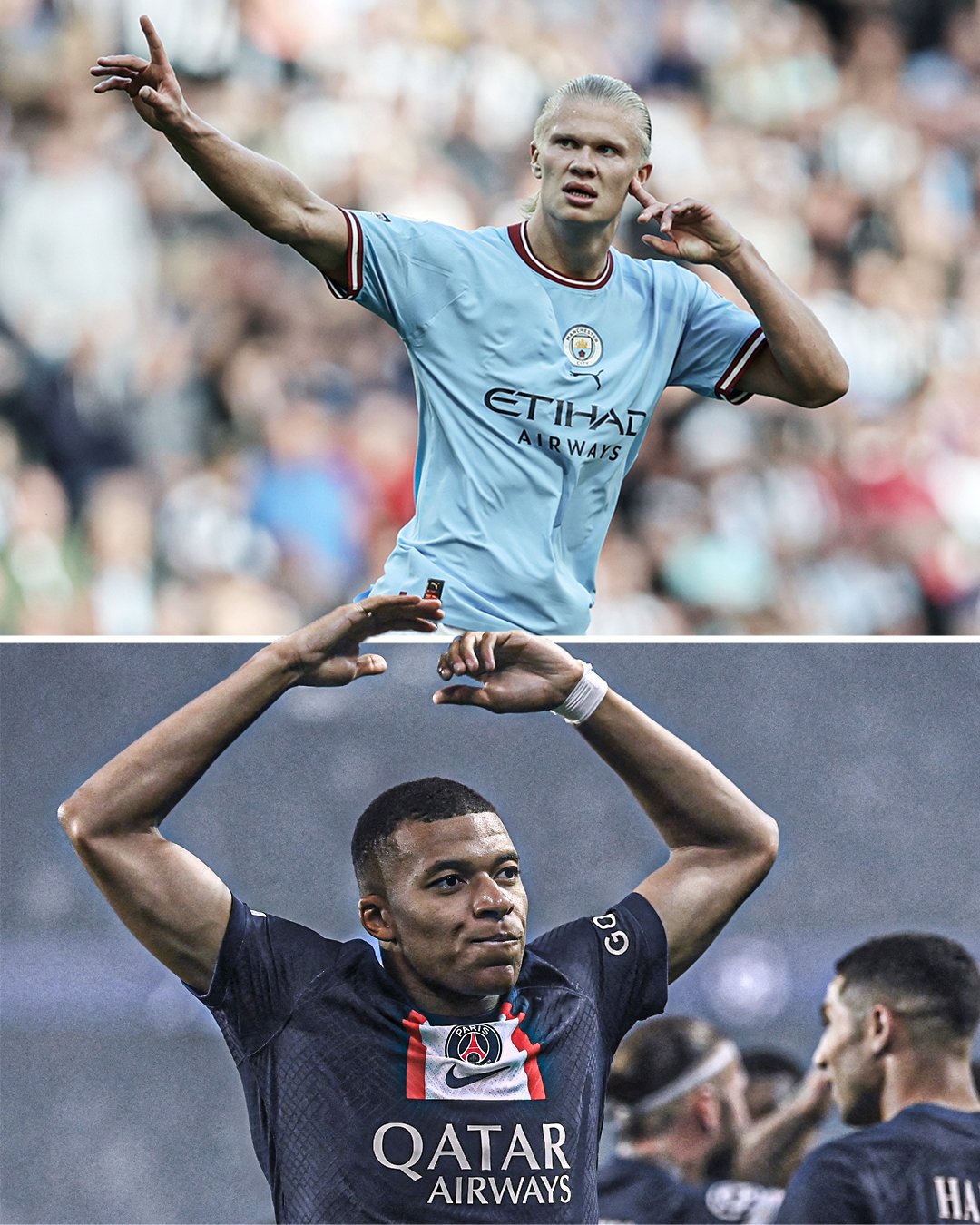 The feature match of the Wednesday Champions League matches was between Manchester City and Borussia Dortmund. A game that many were keen to watch to witness Erling Haaland coming face-to-face with his former club, and the Norwegian had to deliver to help his new club draw closer to the knockout stages of the Champions League. In another game, the stage was set for Haaland’s rival Kylian Mbappe to also steal the spotlight when his PSG came up against underdogs, Maccabi Haifa.

Erling Haaland had all eyes on him in Manchester City’s UEFA Champions League group stage match against Borussia Dortmund, and the forward had pressure to put his former side to he sword. It was a quick start for the English side as they registered their first shot on target through Riyaad Mahrez inside just 3 minutes. Dortmund also tested City goalkeeper Ederson for the first time in the game, after 15 minutes were played in the game, but the Brazilian goalkeeper was equal to the attempt. Manchester City saw the majority of the ball in the first half but failed to create any clear cut chances and thus the first half ended 0-0. A very quiet half for Haaland.

It was Dortmund who created the first threatening chance of the second half when captain Marco Reus’ attempted curling shot glanced across the face of goal and out of touch for a City goal kick in the 51st minute. The German club’s persistent pressure paid off well in the 55th, Birmingham born Jude Bellingham cleverly putting his head onto Reus’ shot-turned-cross and deflect the ball into the net to Dortmund the lead. Manchester City took that as a wake up call and that’s when Haaland’s first chance at goal arrived, in the 65th minute the Norwegian latched onto Kevin de Bruyne’s aerial pass but saw his one-touch shot striking the outside of the goalpost and into the side netting.

The German outfits could only keep the English Champions at bay for so long, Pep Guardiola’s men going forward in numbers to increase the goal threat. Rightly so in the 80th an outside-the-box screamer was blasted into the back of the net from an unlikely source, John Stones. It was an absolutely flawless powerful shot that many would expect from Kevin de Bruyne and not the England centre-half. The beauty of goals did not end there, in the 85th, you-know-who (Erling Haaland) scored to give City the lead for the first time in the night. Alfie-Ing’s son scored an acrobatic effort, connecting with Joao Cancelo’s perfect outside-the-foot cross into the box.

Manchester were able to complete their comeback against Dortmund and the game ended 2-1, Erling Haaland being the source of his former employers’ first defeat this in this Champions League season. Pep Guardiola received a yellow after the game was completed for what looked to be dissent at the referee, but his job was complete and the three points were in the bag. “He’s not always in the game but you give him half a sniff and he can make a goal”, this was what Haaland’s former teammate Jude Bellingham had to say when asked about the Norwegian’s goal. City top Group G with 6 points from 2 games and Dortmund follow in 2nd with 3 points.

Elsewhere PSG were visitors playing away against Maccabi Haifa, the hosts took a surprising lead in the 24th minute through forward Tjaronn Chery. The hosts would have found themselves 2-0 up against the French if Pierrot’s chip over Donnaruma wasn’t called back for offside. PSG switched up their game and found their equaliser through Argentine Lionel Messi in the 37th minute. Messi was once again in the fray of things when in 69th minute to assist the French superstar Kylian Mbappe get his 36th Champions League goal, and Brazilian captain Neymar rounded off the scoring to give PSG a 3-1 win.PSG now top the standings in Group H with 6 points and Maccabi Haifa sit 4th with no points registered to their name.

In Stamford Bridge, Graham Potter took charge of his first match as Chelsea boss when he and his Blues hosted RB Salzburg, looking to bounce back from an opening shock defeat against Dinamo Zagreb. Sterling opened the scoring, his first Champions League goal for his new club, but despite their control of the game, Chelsea couldn’t finish off their opponents and were punished when Salzburg equalised in the 75th minute and the game ended in a 1-1 draw. The 2021 Champions League winners now find themselves at the pit of Group E with 1 point after a loss and a draw in their opening two matches, while Salzburg are third with 2 draws from 2 games in the competition.