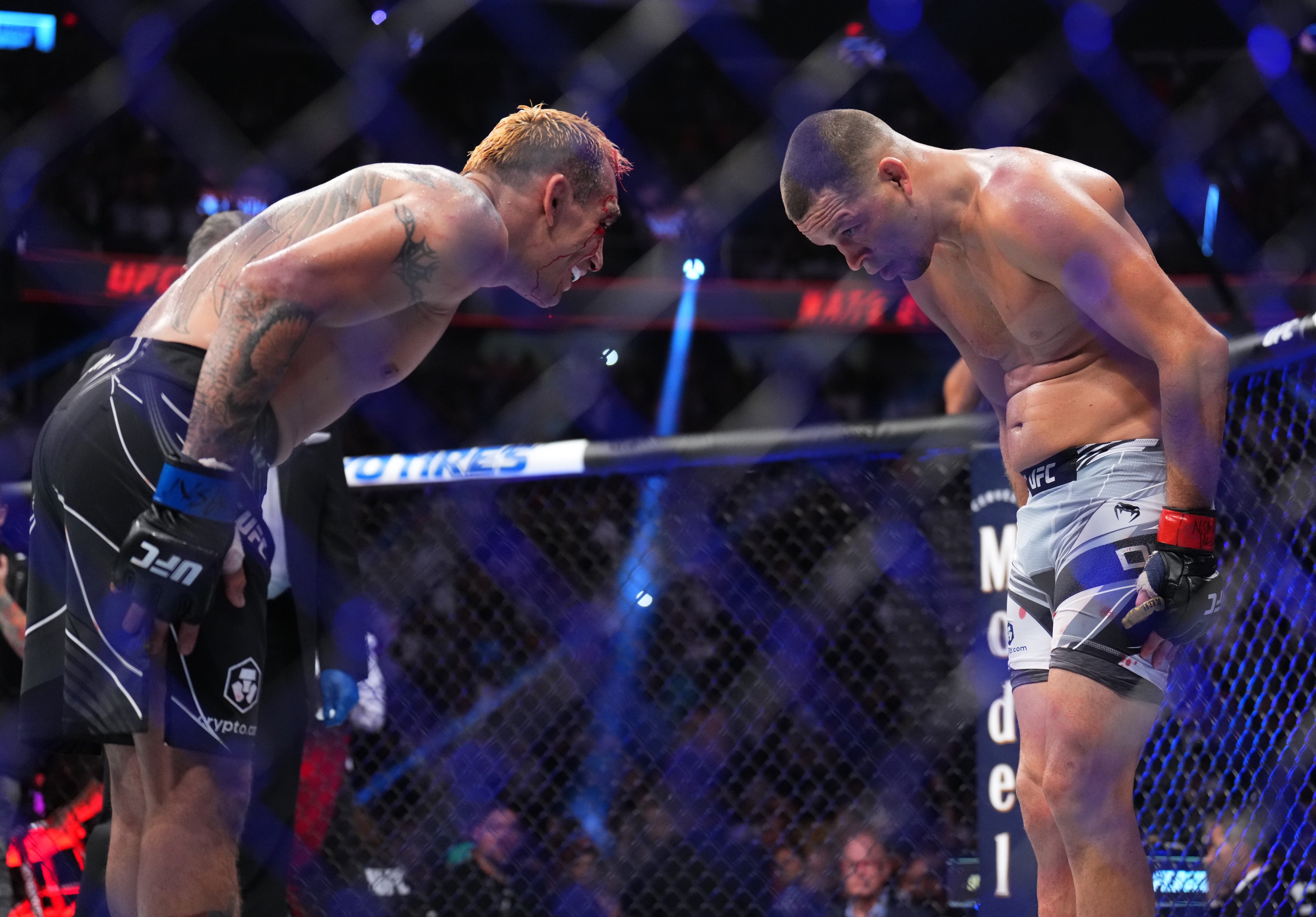 There was chaos on the weekend in the 279th edition of the UFC when Nate Diaz main evented against Tony ‘El Cucuy’ Ferguson. The event took place in the T-Mobile Arena in Las Vegas on 10 September 2022, and it was an absolutely spectacular night.

A match up that was configured two days before the fight night, as Nate Diaz was actually supposed to be up against Khamzat Chimaev in the main event, but since Khamzat wasn’t able to make weight of 171lbs. As a result of that, UFC president Dana White and UFC Chief Business Officer Hunter Campbell, had to find new opponents for these respective fighters at their respective weights with the fighters available. The changes were made at a last minute notice for the fighters involved. The three big fights of the main card were as follows prior to the card change :

However this was the amended main card after Chimaev failed to make weight:

Entertainment was not in short supply in the prelims though with Chris Barnett up to his usual entertaining self:

In the first fight of the main card saw John Walker go up against ‘The Hulk’ Ion Cutelaba, and Walker very surprisingly submitted the once great Cutelaba in the first round. Then the fight between the Mexican Irene Aldana and Macy Chiasson followed and the Mexican international came up on top via an innovative liver kick in the 3rd round that kept Macy down and gave Irene the win. Both these fights were scheduled for 3 rounds.

Li ‘ The Leech’ Jiangling was scheduled to then fight against the slightly heavier Daniel Rodriguez, and it was fight that was proven to be very technical. Both fighters were cautious with their strikes and counting their punches and for the three they were exchanging dominance inside the octagon. The fight went the judges’ decisions and the win was given the veteran D-Rod over The Leech, and that left fans very upset as some UFC fans feel that Jiangling comfortably won and was robbed by the judges.

Khamzat Chimaev, who was initially supposed to face Nate Diaz, had to fight Kevin Holland in the reshuffled fight card. Holland is a very well-known striker and it was viewed as a very tough matchup for Khamzat ‘Borz’ Chimaev. The Swedish international was coming into this clash with an unbeaten record of 11-0, and having recently overcame his toughest opponent in Gilbert Burns. He absorbed the most number of significant strikes in that fight alone than in his previous 3 UFC fights combined. As soon as the fight started against Holland, Chimaev immediately shot for a takedown and successfully brought down the Texas native, when he tried to get back up again Khamzat took him down again. He proceeded to dominate the ground exchange for a good 2 minutes and after 2:13 of the first round he submitted Kevin Holland to extend his unbeaten fight record.

The main event was a last minute orchestrated fight between the Stockton born Nate Diaz and Tony Ferguson, a super fight that many UFC fans have been wanting for many years. It certainly did deliver and lived up to its long-hype, kicking off on a high gear and a checked Tony low-kick made his shin gush out early in the first round. It was a close four rounds between the two UFC legends exchanging blows, Ferguson moving more between the two but Diaz was more precise, picking his spots cautiously.

In the third round we got to see Nate Diaz resort to his classic antics to boost entertainment in the octagon. Refusing to chase around Tony Ferguson, jokingly indicated he was tired of Tony’s moving around:

The fight went until the fourth round when Tony Ferguson tried to go for a takedown and Diaz defended that by transitioning to a guillotine. Tony regretted that move holding on for a few moments until he subsequently submitted to Nate’s stronghold.

In the post fight interview where Diaz spoke to Joe Rogan about his future plans, the 37-year old spoke and announced that he would be stepping back from the UFC, announcing his retirement. While also indicating that he might return in future: