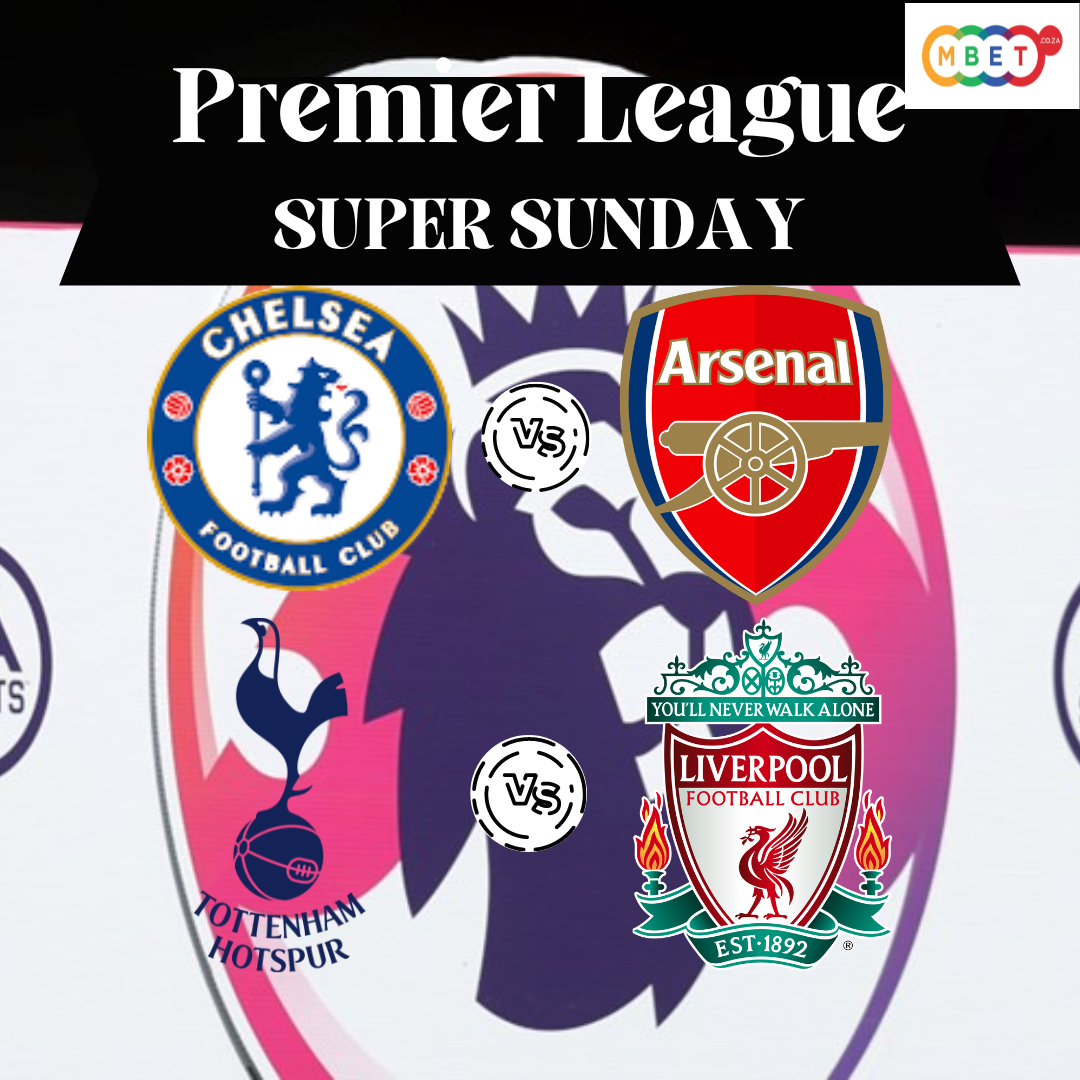 Super Sunday football in the Premier League was on high display and it didn’t fail to deliver high entertainment. The first game of Super Sunday was witnessed at Stamford when Chelsea suffered a 1-0 defeat to their visiting fierce rivals, Arsenal. While across London at the Tottenham Hotspur Stadium, the name bearing hosts fell to a 2-1 defeat to Liverpool.

The game kicked off slowly, and it took quite a while for the first shot on target to arrive in the game as both teams struggled to break each other’s defences. It was Arsenal who seemed in control of the game from the get-go with fluid passing all around the Chelsea midfield and in-between the spaces, fast, short and accurate passes kept them well in control of the game. The scores were level at half-time, meaning all the bet slips with at least a goal in the first half were out.

The Gunners continued their dominance in the early minutes of the 2nd half and kept pushing Chelsea’s defence even further back, and were edging closer and closer to getting the goal that would make the game an Over 0.5 game. In the 63rd minute Arsenal’s deserved goal came through a Bukayo Saka corner that went through the bodies for Gabriel Magalhaes to tap in from point-blank range. Arsenal ended the game with 14 shots and 2 of them on target with 56% possession, statistics worthy of league leaders indeed. Chelsea were completely dominated as they ended the game with 4 shots overall and only 1 of them on target, with 44% ball possession, and former Arsenal striker Aubemayang had only 8 touches of the ball before being subbed off in the 64th minute. Arsenal are still 1st in the Premier League after 13 games with 34 points, 2 points ahead of 2nd placed Manchester City. Chelsea have dropped to 7th with 21 points after 13 games and are 5 points behind the top four places.

At the Tottenham Hotspur Stadium, Liverpool took advantage of Tottenham’s costly mistakes at the back and Mohamed Salah got the lead for the Reds after only 11 minutes of the game to make it 1-0 for the Reds. He received the ball from Darwin Nunez in the middle of the penalty box, took a touch to open his body up and volleyed it into the back of the net. Tottenham almost equalised just 3 minutes later but Ivan Perisic’s glance header bounced off Allison and onto the crossbar to keep the score at 1-0 to Liverpool. Mohamed Salah doubled Liverpool’s lead just 5 minutes before the half-time interval, capitalizing from Eric Dier’s failed clearance from Allison’s long dropkick aimed at Salah. Dier tried to head it back to his keeper but instead bounced off his shoulder for Salah to get the ball and drive towards Lloris and eventually dinking it over the France captain.

Liverpool had paid off all the betting slips that had them win the first half and any that had Salah as an Anytime goal scorer. Tottenham however switched up the tempo in the 2nd half and took the fight to the Reds, Dier having his headed attempt saved by Allison in the 48th minute and Perisic’s shot from a Sessegnon cross bouncing off the crossbar once more in the 49th minute. Spurs’ breakthrough came in the 70th minute through Harry Kane, lifting their spirits and giving them hope for a fightback and possibly claim a draw against Liverpool. The goal was coming for Spurs, however unfortunately for them they couldn’t get any more after Kane’s goal and ultimately fell to Liverpool who walked out of Tottenham’s backyard with all 3 points. Spurs slipped to 4th and have 26 points, while Liverpool sit on 8th with 19 points from 13 games.

The Premier League has been full of surprises this weekend and is sure to continue with its eye-catching displays in the last round of fixtures before the World Cup.